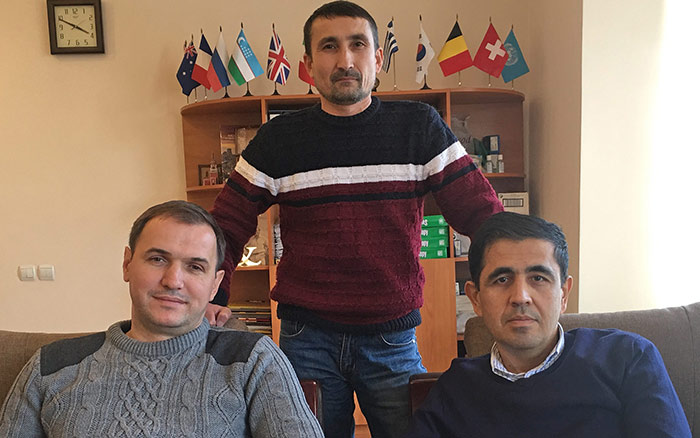 Our story traces back to the summer of 1995, when a group of students of the Samarkand Foreign Languages Institute decided to organize and coordinate their services as tour guides, interpreters, transport and tickets handlers etc. In few years they were working for the biggest tour agencies, hotels, airways and official entities, having seen all corners of Central Asia and establishing diverse contacts throughout the region and beyond.

Leo Danilchik, Ravshan “Jacob” Bakaev and Jamshed Safarov were in the centre of this process. While after few years Jamshed moved to the diplomatic service, Leo and Ravshan held key positions in then biggest Samarkand hotel – Afrosiyob Palace until 2012. Basing on their experience and knowledge, but most importantly – desire to provide bespoke services for foreign tourists, in 2009 Leo and Ravshan joined efforts with some old friends and new talents establishing Veres-Vert and soon became a regional representative office of the UK-based Marco Polo Discoveries (MPD)/Legendary Discoveries.

Being primarily a destination management company (DMC) in partnership with number of the UK, European, American and Australian travel operators from the onset, Veres-Vert increased a number of its guests (yes, we treat our tourists as guests, not just customers) from several hundreds to thousands by 2018. We firmly believe that our guests are unique in their appreciation of history, culture and nature. So the range of our services equally corresponds to the width of interests of our guests – from the well-organized groups or individual travellers on tailor-made trips to the private jet voyages and transcontinental luxury train journeys.

Veres-Vert has its own personnel of the expert tour-guides and operators, who have undergone special trainings by our European partners, as well as established links with thoroughly selected hotels, restaurants and other service providers with full certifications (see our health & safety policy). From 2013, we have our own fleet of comfortable coaches.

Our head-office is located in Samarkand, but we have own representatives in Tashkent, Bukhara and Khiva, as well as trusted partners in Kazakhstan, Turkmenistan and Kyrgyzstan. 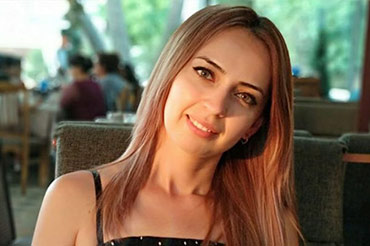 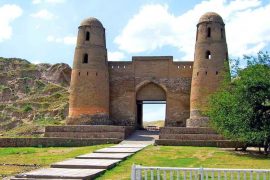 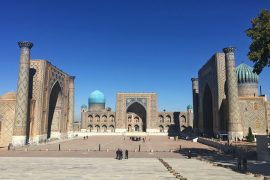